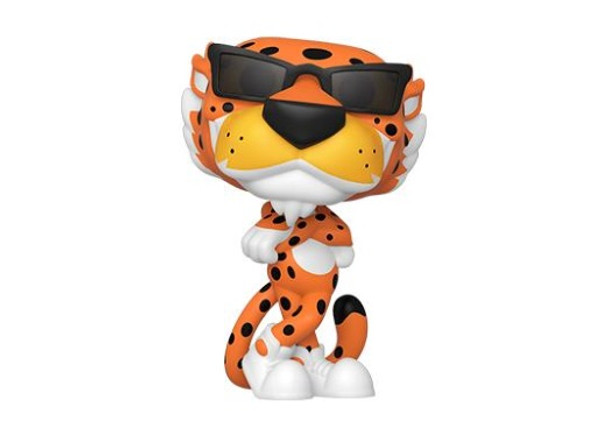 It Ain't Easy Bein' Cheesy Believe it or not, it's not easy being Chester. He's one industrious cheetah! He's been the official spokeskitty for Cheetos for 3 decades now, he's starred in a few lesser-known video games (and we've played each of them on many more occasions than we'd like to admit). The debonaire cheetah even had his own cartoon series that got canceled before it even aired, but he didn't let that get him down! He even owns and drives his own motorcycle! Now that's something that most cheetahs never do. He's definitely been one busy kitty... and now, he's adding Funko Pop! Vinyl Figure to his long list of accomplishments. You can finally take Chester home with you! Fun Details This Pop! Ad Icons Cheetos Chester Cheetah Figure merges the adorable Funko style with the cool Cheetah's laid back style. He comes wearing his signature sunglasses and he's posed in a cavalier stance. If you love Cheetos or if you're secretly a fan of Chester Cheetah: Too Cool to Fool, then it's time to add this cute little fella to your collection of Funko figures. His cool attitude is sure to cheer you up during days that lack that "dangerously cheesy" feel. - Vinyl Figure